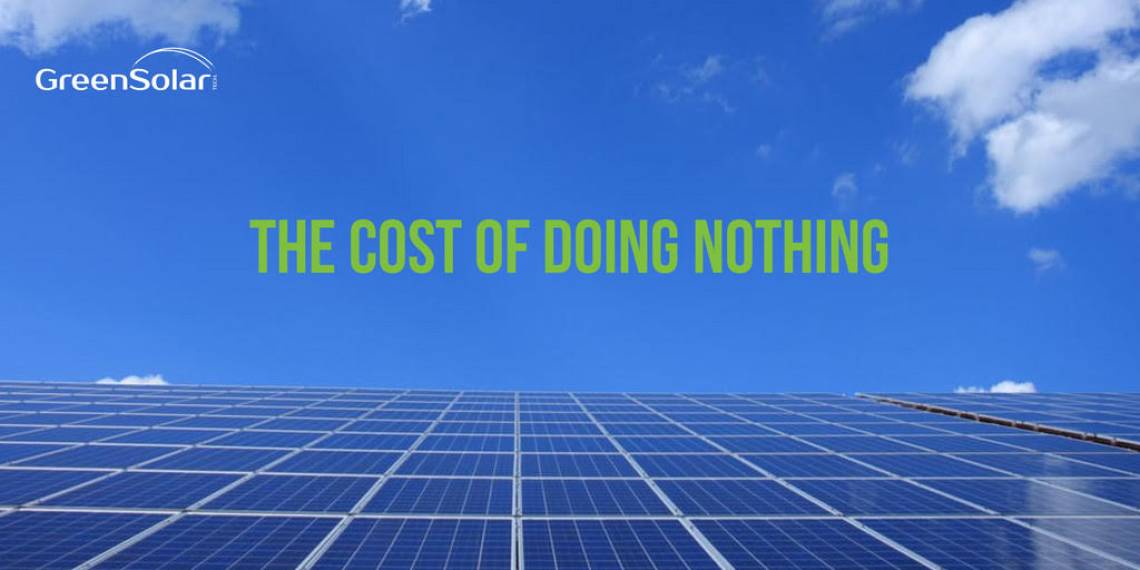 Remember when you were in school and your teacher assigned you a book report that wasn’t due for two weeks? Did you rush home and knock out the report right away? Of course not. You waited until the day before the report was due, and then rushed together a couple of pages that were just good enough to get you a passing grade. Unfortunately we carry some of the bad habits from our youth into our adulthood.

The cost of procrastination is much more expensive as we get older, but it doesn’t stop it from happening. “I need to go to the dentist” or “I should see a doctor about this” are phrases that are uttered thousands of times daily. A phrase that is becoming more popular is “I should look into solar.” And while a lot of people are moving away from electric company dependence and toward self-generated, clean, renewable energy, a lot of people are procrastinating.

So how much is it costing homeowners and business owners that put solar on the back burner? Let’s have some fun with some easy numbers. If your electricity bill is $150 per month, that means you’re spending $1,800 a year for electricity. Over 25 years you would have spent $45,000 for the right to turn on your lights and watch your television. That seems like a lot and it gets worse.

Inflation and price increases are real factors that were not used in the above example. It would be great if the cost of electricity didn’t change for 25 years but that’s very unrealistic.

Inflationdata.com explains what inflation can do to the cost of products:

As we saw the average annual inflation rate is 3.22%. That doesn't sound too bad until we realize that at that rate prices will double every 20 years.

Let’s see what happens if we go back to the $150 per month and $1,800 annually, then you’re paying for electricity with the numbers adjusted for inflation. Over 25 years later and you’re now spending $67,555 for electricity. That works out to an average of $225 per month and $2,700 annually. And we still haven’t considered rate hikes from the utility company which will push these numbers even higher.

What could prevent someone from saving thousands of dollars by going solar? Procrastination. And every year that goes by is a year that cost you money. Just like how every day that went by cost you a good grade on your book report. But now we’re talking about thousands of dollars instead of a book report for a teacher that you no longer remember. The choice is pretty easy and shouldn’t be delayed: Go solar now to save today and in the future.