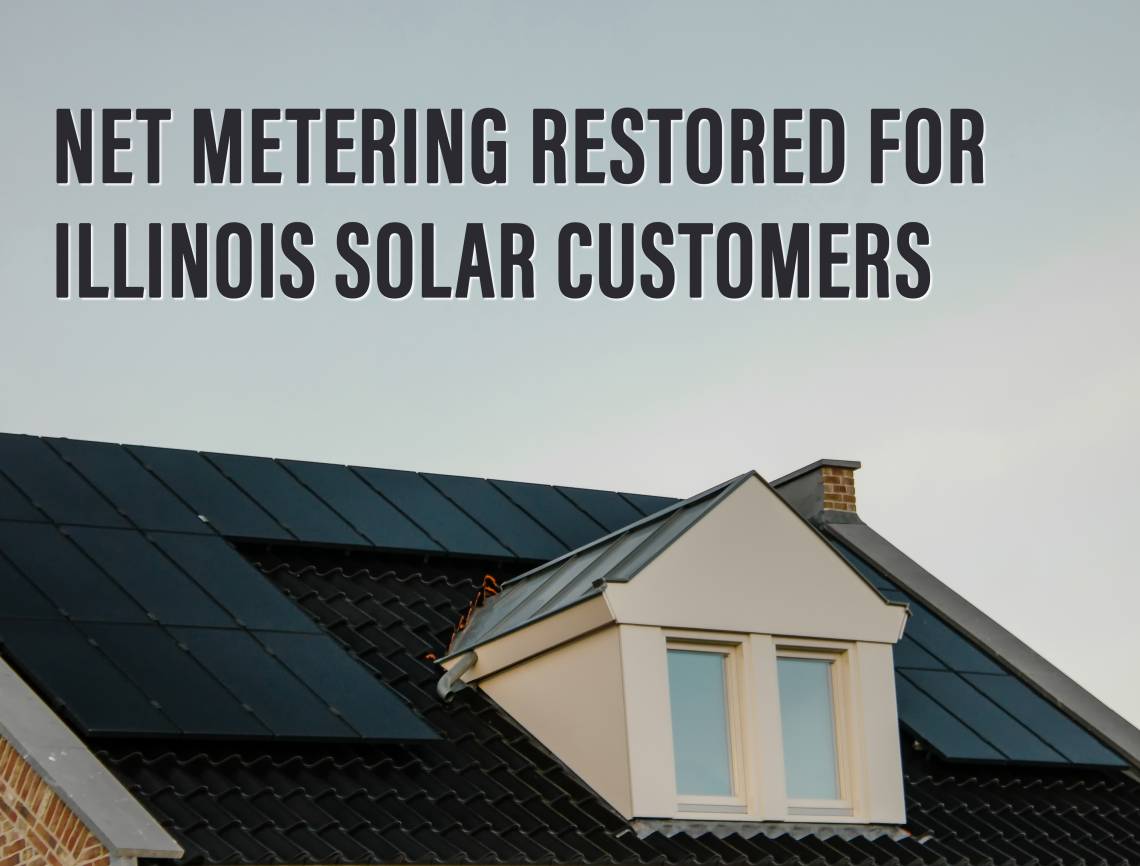 The Illinois Commerce Commission (ICC) voted 4-1 in early December to reject Ameren Illinois’ proposed calculation of the number of solar net-metering customers in its territory. The vote resulted in the reopening of full retail net metering in its service territory, a decision that will allow new solar customers to participate in the net metering program, a widely used solar compensation system.

Net metering (also known as net energy metering or NEM) is a solar incentive that allows you to store energy in the electric grid. When your solar panels produce more electricity than you need, that energy is sent to the grid in exchange for credits. For example, if a residential customer has a PV system on their roof, it may generate more electricity than the home uses during daylight hours. If the home is net-metered, the electricity meter will run backwards to provide a credit against what electricity is consumed at night or other periods when the home's electricity use exceeds the system's output. Customers are only billed for their "net" energy use. Overall, net metering brings massive savings to the customer.

Environmental groups argued that Ameren distorted the Illinois statute in order to avoid its legal responsibility to fairly compensate rooftop solar and help Illinois meet its clean energy goals. In July, an ICC administrative law judge found that Ameren’s calculation of the cap on the number of customers using net metering was wrong, and concluded Ameren should continue crediting customers the full retail value for their solar energy until the 5% threshold set in the law is met, currently estimated to be at least two more years.

Illinois’ solar industry had previously lost 3,500 jobs in 2020 due to the combined impacts of the pandemic and a lack of state funding for clean energy programs, so this small victory for a stable clean energy market is a big relief for the thousands of workers. This decision helps support the creation of jobs, protection of consumers, and expansion of clean energy, making it a victory for consumers and independent clean energy businesses.

Looking ahead to 2021, maintaining solar savings will be key to preserving clean energy choice for downstate families and businesses, and keeping the state on track with our climate goals.

Net metering is one of the best incentives for homeowners looking to go solar. During the day, most solar customers produce more electricity than they consume; net metering allows them to export that power to the grid and reduce their future electric bills. Illinois restoring this program is great news for consumers in the state looking to save money by generating their own electricity.

Make the switch to solar with us ASAP to reap the benefits of net metering in Illinois! Just visit https://www.greensolartechnologies.com/solar-quote and fill out the form to get a solar estimate and more information from an energy consultant.