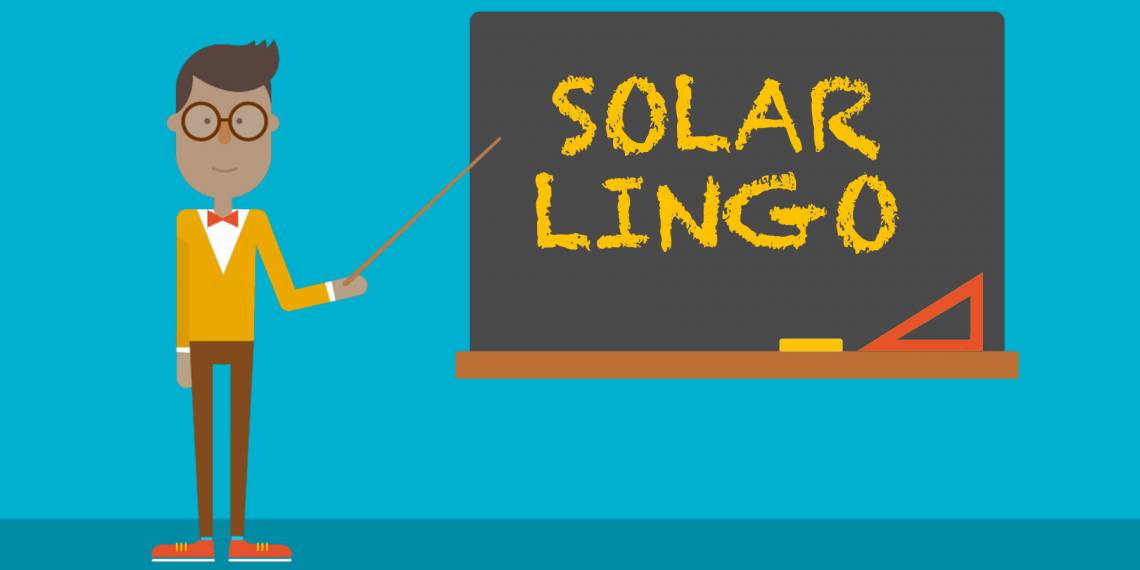 Having attended the Solar University for a few years, I have come across many working terms of the solar industry. As fortune would have it, this includes words and phrases pertinent to solar which are often misunderstood, miscommunicated, and misused.

In this blog, I will break down five of the most common solar misnomers, providing correction and elaboration as to their proper usage and phraseology. If you are a homeowner interested in solar energy, or if you work for the solar industry—even if as a Green Solar Ambassador—and would like to revisit your unchecked solar photovoltaic vernacular, read on and share this with your friends.

Elaboration: A solar system is a collection of planets and their moons in orbit around the sun. When “solar system” is referenced in the solar industry, it is not accurately speaking of the system of solar photovoltaic modules, inverters, and service meters that make up a proper solar array, but actually the assortment of celestial bodies in the outer recesses of space. Don’t believe it? Google image it!

Misnomer: Federal Tax Credit = A check from the federal government

Elaboration: People tend to get “tax credit” confused with a “rebate.” With a rebate, you normally send in proof of purchase to a vendor within a given time frame and get a check back for a specified amount. With a tax credit you don’t get any money back, but rather, get credit returned to you based on how much of a tax liability you have. Read more about how the Federal Tax Credit works.

Elaboration: These are two different features for homeowners with solar PV systems. Utility companies will usually provide one or the other, but some utilities like PNM in New Mexico will provide net metering for systems under 10 kW in size and net billing for systems 10 kW and larger.

Elaboration: Some companies lend you solar panels and let you pay a renter’s fee for the time you have them. But Green Solar Technologies believes that the best deal for a homeowner is to own the system outright that generates your power for decades. So we provide various financing options to allow homeowners the benefits of energy independence that come with owning their own solar PV system. All systems come with warranties on labor and materials.

Correction: A solar Installer is a company that physically installs solar panels on your home. A solar contractor is a company that contracts your services when going solar and this typically incudes qualifying you for solar, designing your system, approving your financing term, providing the installation, obtaining permits, setting up net metering, and connecting to the grid.

I hope this blog has helped to clear a few things up and make our speech more precise and efficient. Thanks for reading, and if you’d like a free solar consultation, let us know and we’ll be glad to show you how solar can benefit you short and long-term.