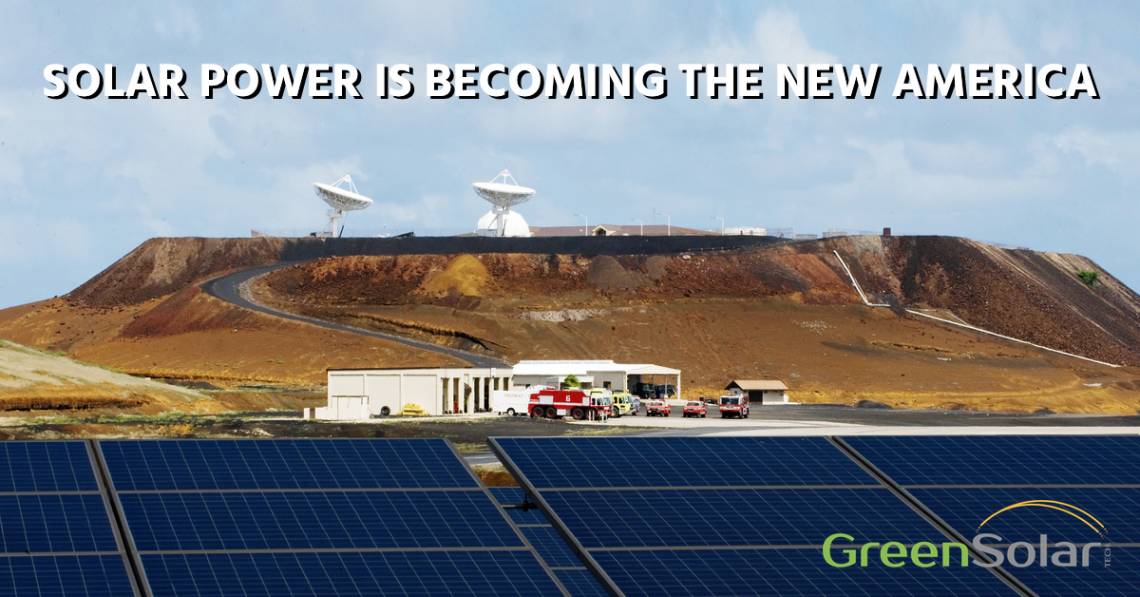 It’s happening . . . Solar power is on the rise in America now in more ways than one! Due to the limits of coal and fossil fuel energy both in terms of supply and efficiency, more Americans are opting every day to reduce their carbon footprint and go green with solar energy. Time has shown harnessing the power of the Sun to be not only a viable option to meet modern-day home and business energy requirements but clearly the most cost-effective and sustainable path moving forward.

Let’s take a look at some of the Facts:

Considering over one million Earths could fit inside the Sun, it’s no wonder its output is so abundant to home and business owners all across the nation. With the undeniable advantages of clean, affordable, and unlimited energy, the solar power industry is making measurable strides every month. Because of this, coupled with the limitation of traditional fossil fuel energy and the added effect of carbon emissions into our atmosphere, millions are coming around to see that going green with solar is the way to a more reliable and sustainable future.

The Process of Going Solar:

Typically those interested in going solar first find a reputable company to assess their Daily Energy Demand (DED). They are then put in touch with a Solar Consultant who will provide a customized quote for their own solar power generation system based on their energy needs. Next, they are shown how much they could save going solar in the short and long-term and are taken through the application process to become approved. Those who pass (usually with average or better credit) are met with a Project Manager who will handle the installation of their system. From there, their system is installed and connected to the grid, they get their meters set up, and are on the path to energy independence! The entire process will normally take 1–2 months, depending on permissions needed which varies by the area. If a home or business owner applies for a loan, the payment periods usually lasts 10–12 years, but other options may be available as well. During this time, the utility bill will either significantly decrease or be eliminated altogether. Finally, when the system is paid off, all that will remain will be the Sun, the solar power generation system, and all the money left in your pocket. Sure beats paying utility bills for the rest of your life which have a tendency to increase 7–10% every year. Perhaps the time is now for you to board the solar train and see how much you can save with the power of the Sun!