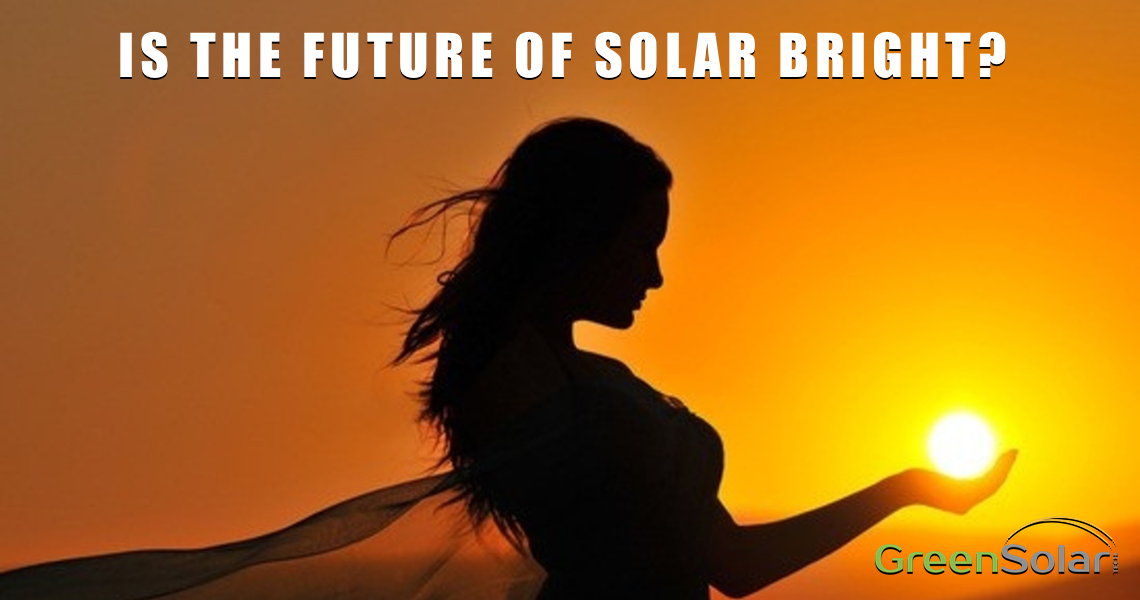 The Future of Solar Power

It is safe enough to say that it is common knowledge that Donald Trump—love him or hate him—is not the most enthusiastic president we’ve had about renewable energy. He has been quoted throughout the years as holding his reservations regarding the payoff of solar power in particular, questioning the return on investment. Barack Obama before him in contrast was openly more receptive to various forms of renewable energy, especially solar power with numerous programs and incentives to help encourage more to move toward harnessing the power of the Sun. So many people are asking, “Will Trump stop solar power?” and “Is the future of solar looking bright?” Perhaps it is important to consider the possibility that we are asking the wrong question.

The Government's Role in Solar Integration

Government by nature is but a dependent of the free market. Common men and women of business are the ones who create, produce, and provide goods and services to the public by way of their own vision and sweat equity. Government at best can only collect money and resources through taxation and recycle it back into the economy. Whether Obama was solar friendly or whether Trump is on board ultimately makes little difference. Solar power is an idea—a real solution in people’s minds. They look at the sun in its abundant energy and see a more solvent way to reduce their carbon footprint and as well as a more affordable and sustainable future in the process. To borrow a phrase by Victor Hugo, it is “an idea whose time has come.” And whether those busy at their agendas in Washington D.C. like it or not, the people like it and want it. It usually starts by someone being the first in their neighborhood to take the leap, get a quote, and make the decision to move forward. Before long, it picks up like wildfire as more are happy and share a positive testimony.

A common byproduct of supply and demand is that competition typically brings up product quality and drives down prices so more consumers win and even more are turned around to the idea of going solar. This trend will only increase over time as more and more people choose solar energy as a way of escaping the endless trap of depleting resources and increasing utility rates. The truth is solar power installations have only doubled in the U.S. between 2015 and 2016 and this is a trend that looks like it will only continue as solar panel efficiency increases and prices drop.

So is this an issue of government resolution? Does it even matter if the president approves of solar energy systems or not? Not so much. Well, of course it always helps to have an administration that is more sympathetic to your determined effort, but in the end the people vote with their dollars and the message thus far has been clear—solar power is in increasing demand year after year. The free market has spoken and solar power companies are listening. We can only expect to see solar panel installations become more of a regular part of everyday Americans’ lives as the years go by and the Sun shines on. And with the latest advances in green solar technology, it has never been a better time to see how much the renewable energy that is solar power can make the difference for a greener economy and a more sustainable future. How far will solar power take us? That can be hard to estimate as the degree by which we are all affected is constantly changing the more people make the switch to go green.

So is the future of solar looking bright? We need only turn our heads to the sun to find our answer.