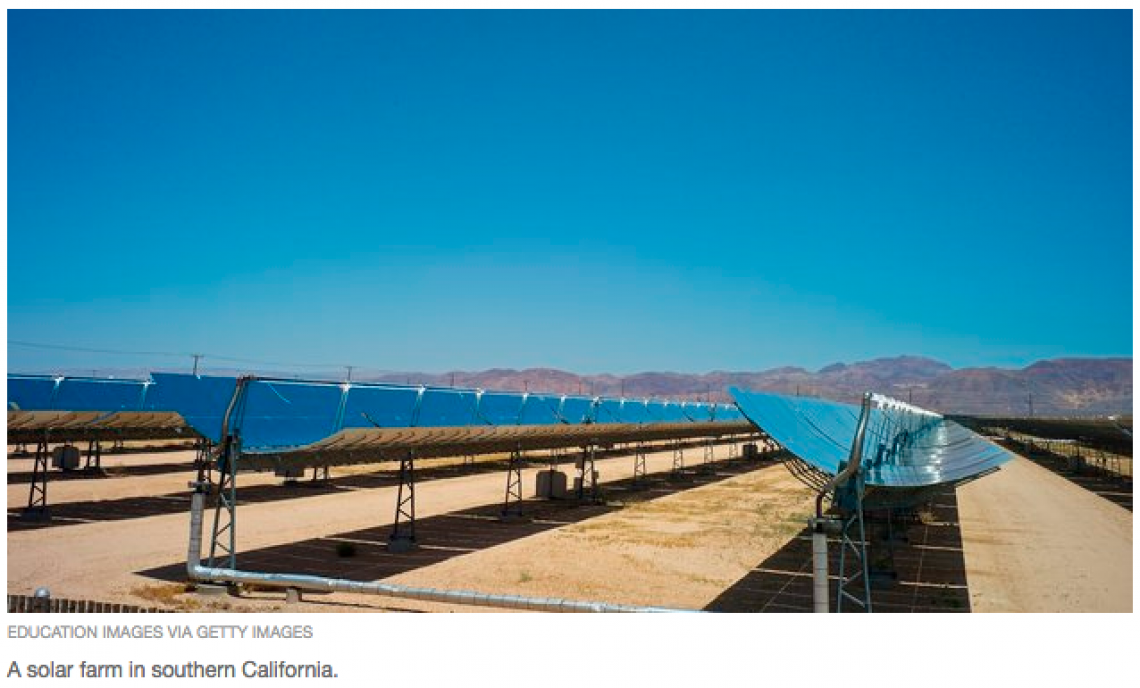 So, here’s something pretty unusual: California harnessed so much solar energy earlier this year that electricity prices turned negative, at least for a short while, according to official data.

At its peak, the state is now supplying more than half of its energy demand through solar farms, solar thermal plants, and domestic cells, the US Energy Information Administration revealed.

Prices can turn negative if the grid is overwhelmed when solar energy production surges. Because the energy is intermittent and it’s expensive to turn off and on conventional power plants, non-renewable sources keep running even when solar is over-performing. Operators then pay customers to take the excess energy out of the grid. In reality, Californians won’t get a windfall. The negative prices last for just a few hours, while bills are averaged out over a much longer timeframe. But it should reduce their payments at least a little.

The new data reveals a dramatic transformation of California’s energy market, which only 15 years ago produced next to no energy from solar power, as Quartz noted. The latest surge comes after an almost 50% leap in solar cell capacity in 2016.

Californians aren’t alone in reaping the rewards of a cleaner energy strategy. On 8 May last year, Germany sourced 87% of its electricity demand from solar, wind and hydro power sources, prompting operators to make payouts.

A complicated energy mix is set to continue to cause headaches for officials as more renewable facilities come online, making the prospect of batteries that can save electricity for rainy days all the more appealing.