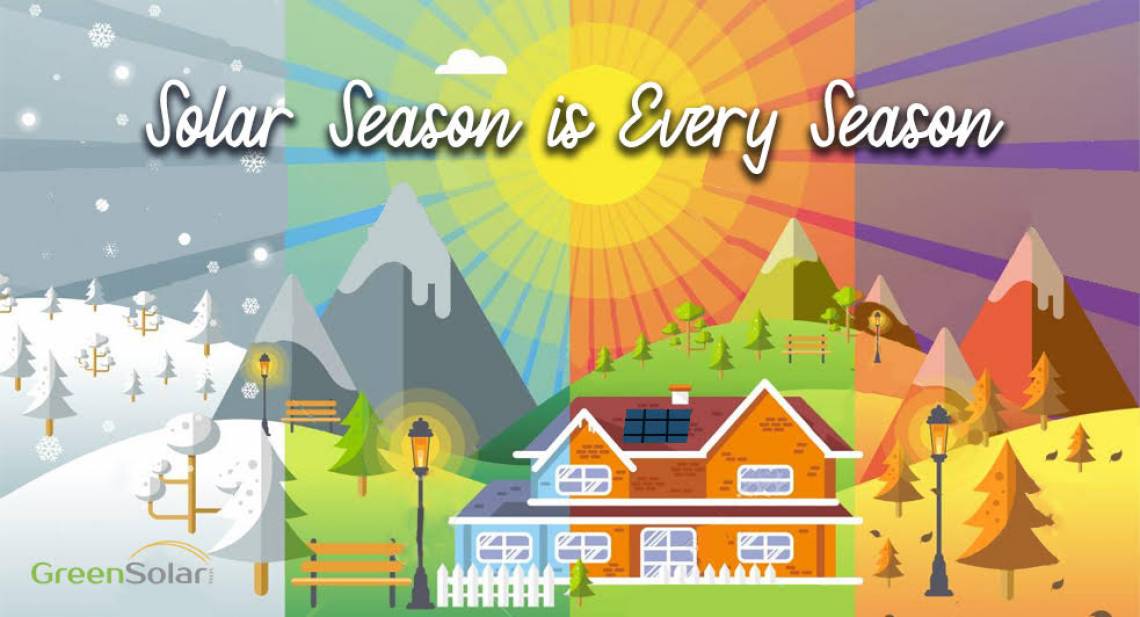 Winter is upon us, and there is a common misconception among those thinking of converting to solar energy that winter is not the time to go solar. But the truth is that winter is just as good a time as any to invest in and to enjoy the benefits of a solar energy system.

For those thinking of investing in a new solar energy system, consider that it takes time to have a solar panel system fully installed and wired into the local power grid. Purchasing and installing a solar energy system now ensures that the system will be up and running before the summer months begin. Also be aware that in most regions, solar panel installers prefer installing panels in the winter months to avoid the uncomfortably hot conditions when working on roofs in the summer months.

For those living in regions that enjoy seasonal changes in temperature, it may come as a pleasant surprise to know that chemical reactions that occur within the solar panels are more efficient at cooler temperatures than at hot temperatures. So cold temperature actually works to the advantage of a solar energy system. This means that despite winter having shorter days and consequently fewer hours of sunlight, solar power systems produce more energy per hour of sunlight in winter than in the summer months when the days are longer.

For those living in snowy regions, white snow can reflect sunlight, also helping improve photovoltaic (PV) performance. And on those rare days of heavy snow, installing panels at a 35-degree angle greatly reduces the possibility of snow collecting on panels. However, if snow does start to pile up, a solar panel rake is very effective at clearing any snow that may accumulate on solar panels.

Substantial advancements in solar technology have made solar energy systems more efficient in collecting solar power, while drastically reducing their cost, reinforcing the attractiveness of solar panel systems, regardless of the season.

Further proof of solar panel systems’ effectiveness in winter comes from Germany (whose sunlight levels are similar to Alaska) is a global leader in solar panel installations, with 6.9 percent of its total energy production coming from solar energy—up from 3 percent less than a decade ago. Germany’s government has set a target installed solar PV capacity of 66 GW by 2030. And overall, Germany produces 27 percent of its total energy from renewable sources, which is 10 percent more than the U.S.

Germany’s northern neighbor, Sweden, has doubled its solar energy production in recent years, supporting the viability of solar panel systems in wintery conditions. Other Nordic countries are using the latest solar technology to expand their use of personal and utility-level solar panel systems with impressive results.

With the tremendous advances in photovoltaic (PV) cell efficiency, there is no need to think that winter and solar aren’t a good match. Sunlight is sunlight, and it’s available year round.

Every season is solar season. There is no wrong time to make the switch to solar, but there is always the right time—the present.