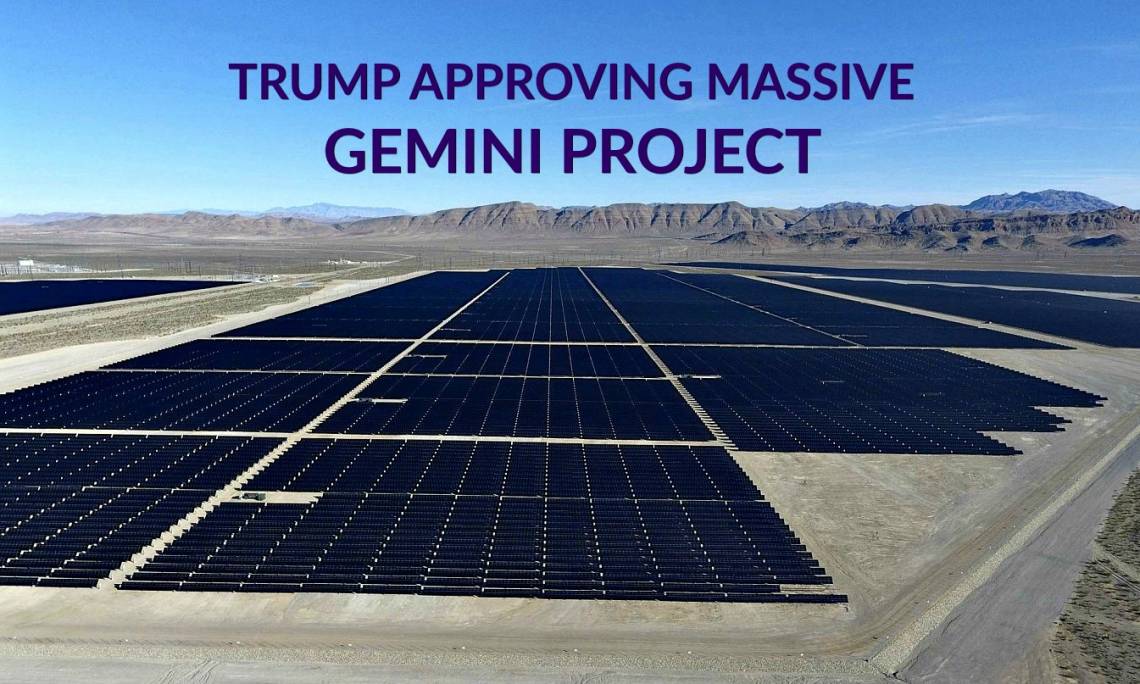 The Trump Administration is slated to approve the soon-to-be biggest solar power plant in the United States. The Gemini Project is a 690-megawatt power plant will be even larger than the 579-megawatt Solar Star power plant currently holding that record in Rosamond, California.

Plans to build the Gemini project are already in motion and it is expected to be fully operational by December 1, 2023. It will be built in the Mojave Desert along Interstate 15, approximately 25 miles northeast of Las Vegas and will cover 7,100 acres of federal land. Berkshire subsidiary NV Energy will be using the electricity it generates. The $1 billion Gemini project also will come with 380 megawatts of four-hour lithium ion battery storage, providing a reservoir during the evening hours while it’s not producing electricity. Solar Partners, XI LLC (Arevia) proposes to construct, operate, and eventually decommission the Gemini Solar Project.

"The proposed Gemini Solar Project would represent a significant increase in renewable energy capacity for Nevada and the West," BLM Southern Nevada District Manager Tim Smith stated in an announcement regarding the bureau’s draft environmental review. "The BLM actively supports the Department of the Interior’s America First Energy Plan, an ‘all of the above’ strategy which supports energy development on public lands."

This bold step forward in favor of solar PV technology might come as a surprise to many of the current Administration’s critics. President Donald Trump has historically been unconvinced about most forms of renewable energy, favoring the more traditional like oil, coal, and natural gas, but solar has made enormous strides over the past decade in the United States.  From 2010 to 2020, solar panel installations have increased by seven times, going from 20GW per year to 142GWs of clean solar energy! This ambitious green energy project would mark the third time the Trump administration has approved solar siting on federal lands.

Learn more about how you can save with solar energy here.