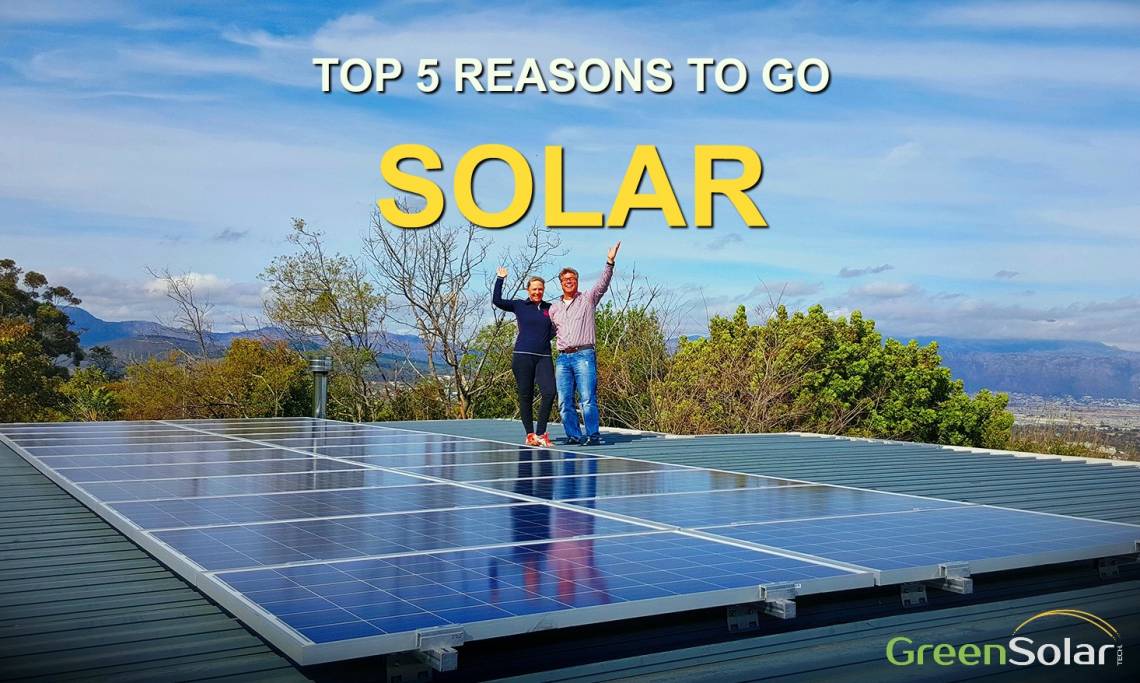 Talk of solar is on the rise. Whether in city council meetings, at environmental-awareness events, or coming from the thrifty homeowner next door, the numerous benefits of solar energy are becoming part of the mainstream conversation. Most people now in the U.S. either went solar, are going solar, or know somebody who did. If you are a home or business owner and are still unsure if making the switch to solar energy is a good one for you, perhaps you should consider the . . .

Yes, it’s true. Going solar will save you money. A LOT of it! It’s all in the mathematics of your system design. If you have a system that will cover 100% of your daily energy demand (DED), then essentially you stop paying for electricity from day one. From that point onward, you need only pay to own the solar panels and inverter. Some cover this cost up front in cash. Others opt for a loan of 10, 13, or 20 years. But the great benefit of not waiting on this decision is that your loan rate will be locked into the current market price of electricity. What this means is whether you choose the cash or loan option, you immediately become immune to the rise in utility costs which equates to 7–10% each year. So hypothetically, if you go for the 20 year loan, on the 20th year when utility companies are charging close to 4 times as much as they are now, you will still be on the 2017 rate, paying only for your system.

Whether you plan to sell your home at some point or rent it out, adding solar panels will increase your property value. If selling, you can easily sell for $15,000–$30,000 more, depending on the size and efficiency of the solar panels. If renting, you can include the cost of electricity into the price of the rent and essentially have your solar panels paid for you. You win either way. What landlord wouldn’t want that?

When you go solar, you become independent of utility companies as your provider of energy. The only connection you will have to the grid at that point is to tally up how much energy you have produced against how much energy you used. If you produce less than you use, you may draw upon the utility company to make up the difference. However, if you find yourself in a surplus of energy production for a given month, many utility companies will buy the energy from you. If you wish to completely break free from the grid, backup battery systems are also available which will store energy for you until later use.

According to The Solar Foundation, 1 out of every 50 new jobs added in the United States in 2016 was created by the solar industry, representing 2% percent of all new jobs. Solar jobs in the United States have increased at least 20 percent per year for the past four years, and jobs have nearly tripled since the first Solar Jobs Census was released in 2010. The solar industry added $84 billion to the US GDP in 2016. What does this all mean? When you go solar in America through an American installer like Green Solar Technologies, you are helping your local economy as well.

Going solar is one of the best ways to reduce your carbon footprint. Buildings make up for 38 percent of all carbon emissions in the U.S., and when you go solar you immediately help bring down that number. A typical residential solar panel system will eliminate three to four tons of carbon emissions each year—the equivalent of planting over 100 trees annually. So you’re even helping to sustain a better future in this world we live in.

The bottom line: There are too many game-changing reasons to go solar, that not to means only to miss out on all of the inevitable advantages. If you’re a homeowner and would like to see how exactly those advantages could benefit you, get a free solar quote on us and never look back to messy fossil fuels and rising utility costs.