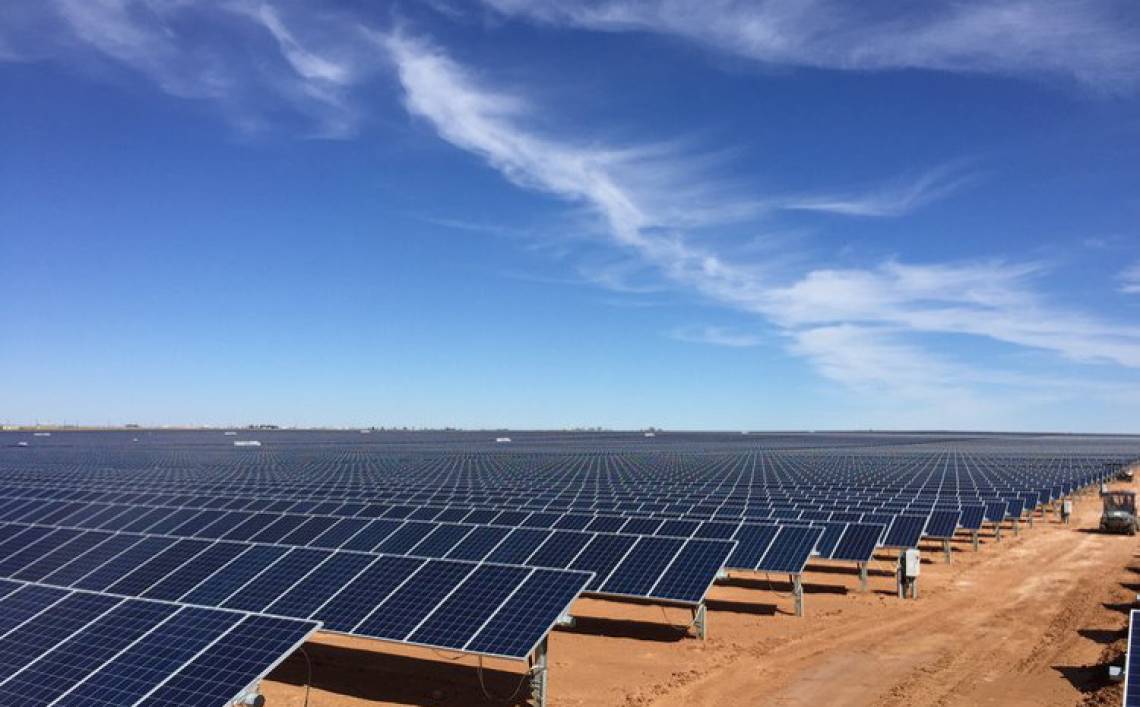 Texas was not the first state to host a large solar market, but now that the state’s momentum is underway it appears unstoppable. As the latest development, yesterday Southern Company announced that Renewable Energy Systems Americas (RES) has commissioned its 102 MW-AC Lamesa facility in West Texas.

Southern acquired Lamesa from RES last July. RES served as engineering, procurement and construction contractor on the project, which uses single-axis tracking technology by Array Technologies. The project holds a 15-year power purchase agreement with the city of Garland, Texas.

This is Southern’s third large operating solar plant in Texas, and when combined with five wind and biomass plants the power giant owns over 1.2 GW of renewable energy in the state.

But this is only a fraction of what is coming online, as Texas’ solar boom gets underway. Lamesa was one of 19 solar projects with signed interconnection agreements as of the Texas grid operator’s last reliability assessment. In this report Electric Reliability Council of Texas (ERCOT) listed 879 MW-AC of large-scale solar which was expected to come online this year, including the Lamesa plant.

This is roughly in line with the assessments of GTM Research. When distributed solar is thrown in, the company expects over 1 GW-DC of solar to be installed this year in Texas.

The large majority of this will be utility-scale solar. Most of these projects are planned for West Texas, but thanks to the state’s system of Competitive Renewable Energy Zones solar developers will be able to take advantage of transmission lines built to get wind power from West Texas to cities in the center and east of the state.

And this is only the beginning. ERCOT is expecting 13 GW of solar to be built in the state by 2030, even without the Obama Administration’s Clean Power Plan. Judging from the current market momentum, this estimate may be overly conservative.