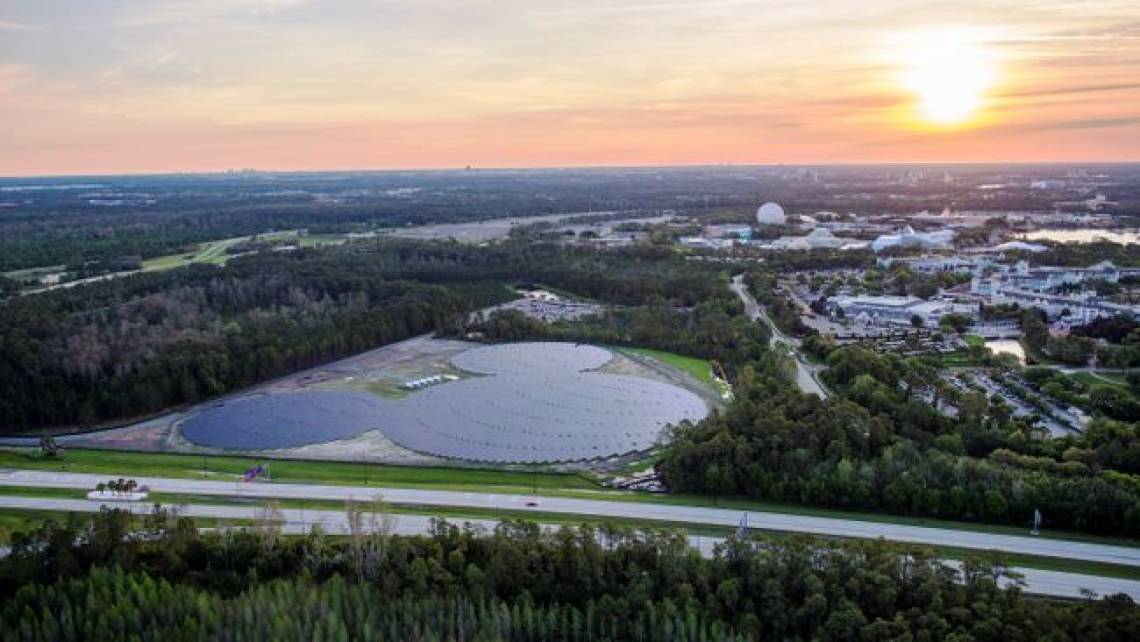 The farm's 48,000 solar panels will not just help meet Walt Disney World Resort's energy requirements but also those of the surrounding hotels that house the park's visitors. Though producing green energy on such a large scale is a new endeavor, Epcot is no stranger to solar power. The futuristic theme park's Universe of Energy building has been the fuelled by the solar panels fitted on its roof since October 1982!

The Orlando Solar plant is part of the company's ongoing efforts to reduce net emissions. In 2015, Disney reported that they had reduced their carbon footprint by 34% from 2012 levels and is planning to reduce it to 50% by 2020. In addition to switching to solar energy, the company has also been reducing the environmental impact of its operations with other innovations. This includes running Disneyland Resort trains on biodiesel made from recycled cooking oil obtained from the park's restaurants and hotels. The company which already incinerates almost 50% of the trash generated at its various theme parks is gearing toward increasing that number to 60% so that even less of it ends up in our landfills!