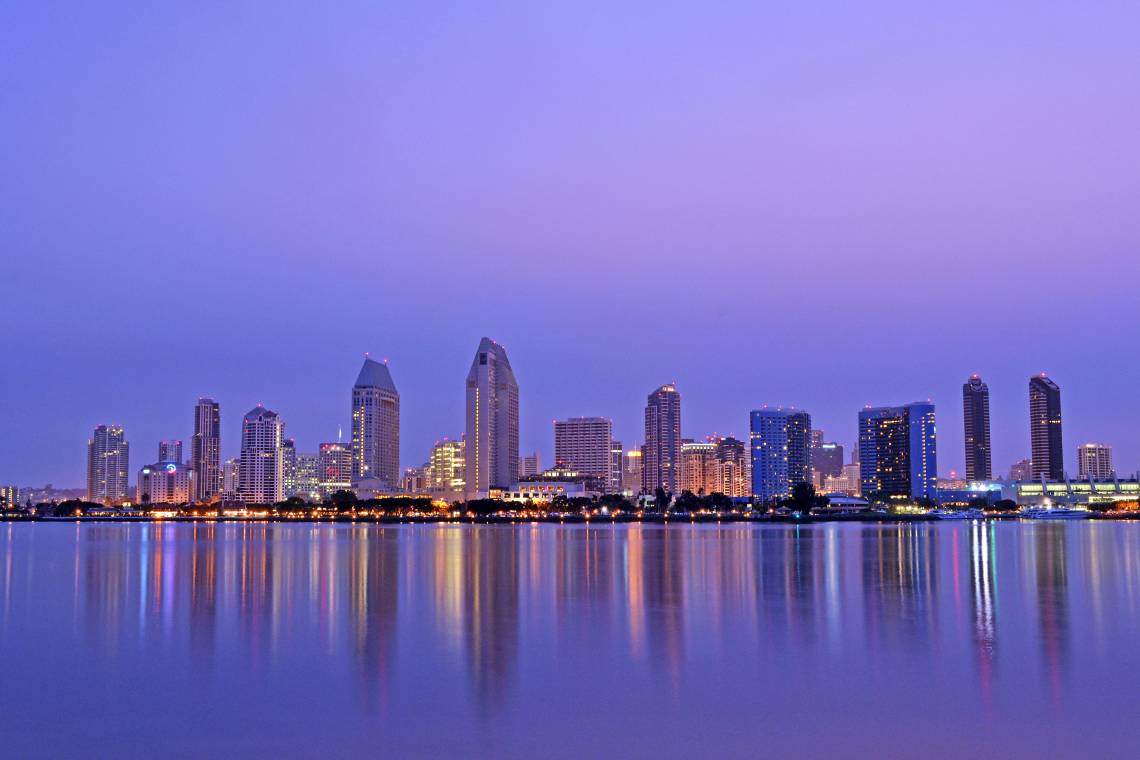 There’s a new No. 1 solar-powered city in the U.S., with San Diego replacing Los Angeles as the top city for installed solar PV capacity by the end of 2016, according to a new report from Environment America and the Frontier Group.

U.S. solar power grew at a record-breaking pace last year, and the report says the country’s major cities have played a key role in the clean energy revolution and stand to reap tremendous benefits from solar energy. As population centers, the cities are big sources of electricity demand, and with millions of rooftops suitable for solar panels, they have the potential to be key sources of clean energy as well.

The report, titled “Shining Cities: How Smart Local Policies Are Expanding Solar Power in America,” says San Diego overtook Los Angeles, which had been the national leader for the previous three years. Notably, Honolulu rose from sixth place at the end of 2015 to third place at the end of 2016. San Jose and Phoenix rounded out the top five spots for installed PV.

“San Diego is setting the standard for other cities across the country when it comes to protecting our environment and creating a cleaner future,” says San Diego Mayor Kevin Faulconer in a press release. “This new ranking is a testament to the many San Diego residents and businesses harnessing our natural resources as we march toward our goal of using 100 percent renewable energy throughout the city.”

The report also ranks so-called “Solar Stars” – U.S. cities with 50 or more watts of installed solar PV capacity per person. At the end of 2016, 17 cities reached Solar Star status, which is up from only eight in 2014.

According to the report, Honolulu, San Diego, San Jose, Indianapolis and Albuquerque were the top five cities of 2016 for installed solar PV capacity per person. Notably, Albuquerque rose to No. 5 in 2016 after being ranked 16th in 2013. The report points out that a number of smaller cities ranked in the top 20 for solar installed per capita, including Burlington, Vt.; New Orleans; and Newark, N.J.

Leading U.S. solar cities are those that have adopted strong pro-solar public policies or that are located within states that have done so, and the study says its findings come amid Trump administration rollbacks of Obama-era federal policies to act on climate change and encourage renewable energy.

However, the report notes even the cities that have seen the greatest solar success still have vast amounts of untapped solar energy potential. For instance, the report says San Diego has developed less than 14% of its technical potential for solar energy on small buildings.

To take advantage of the country’s solar potential and move the U.S. toward an economy powered by renewable energy, city, state and federal governments should adopt a series of pro-solar policies, according to the study.

“By using solar power in cities across the country, we can reduce pollution and improve public health for everyday Americans,” says Bret Fanshaw with the Environment America Research and Policy Center. “To realize these benefits, city leaders should continue to embrace a big vision for solar on rooftops throughout their communities.”

“Cities are recognizing that clean, local and affordable energy just makes sense,” adds Abi Bradford with the Frontier Group. “For the fourth year in a row, our research shows that this is happening, not necessarily in cities with the most sun, but also in those with smart policies in place to support this shift.”

In a release announcing the report, mayors from around the country have touted their city’s efforts to embrace solar power.

“Solar on thousands of homes and government buildings is helping Honolulu reach our sustainable energy goals,” says Mayor Kirk Caldwell of Honolulu, which ranks No. 1 for solar energy per capita. “Sending money overseas to ship oil and coal to our island that is bathed in sun all year round just doesn’t make sense anymore.”

“I am proud to see Indianapolis lead the nation as the fourth-ranked city for solar energy per capita, and we are committed to continuing our leadership by streamlining permitting processes and implementing new and innovative ways to encourage solar energy growth,” states Indianapolis Mayor Joe Hogsett. “Advancing solar energy in Indianapolis benefits not only our air and water and the health of our community – it creates high-wage, local jobs and stimulates economic development. I look forward to seeing more solar installed on rooftops across Indianapolis this year, and into the future.”

“The city of Las Vegas has long been a leader in sustainability, from promoting green buildings and recycling to the use of solar energy,” says Las Vegas Mayor Carolyn G. Goodman. “In 2016, the city reached its goal of becoming 100 percent reliant on only renewable energy to power our government buildings, streetlights and facilities.”

“Sustainability must not be just a goal on paper; it must be achieved,” comments Ethan Strimling, mayor of Portland, Maine. “That is why it is so critical to not only develop actionable, informed and measurable plans to ramp up solar power, but to commit to their implementation.”