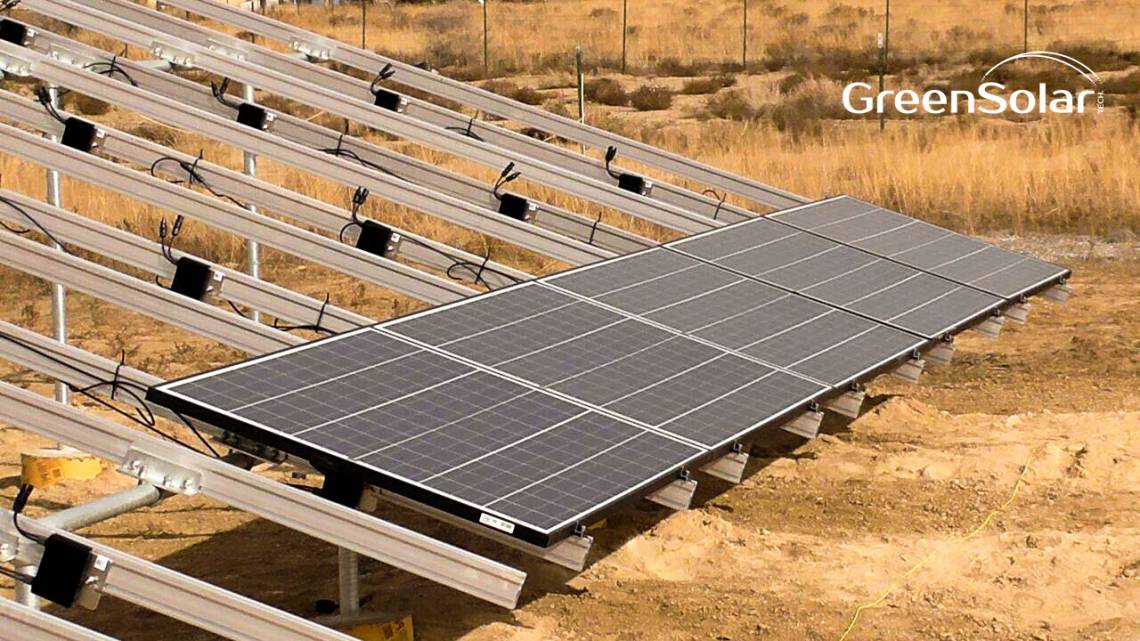 Arizona could be the next state to establish a statewide goal for the increased use of renewable energy. In the upcoming 2018 midterm elections Arizona residents will have the opportunity to vote on Proposition 127, a measure that, according to cleanhealthyaz.com, would take advantage of Arizona’s climate and “gradually increase the amount of our energy that utilities get from renewable sources, like solar and wind, to 50% by 2030—up from 15% today.” The measure would also require that Arizona draw 10% of all energy from distributed sources like rooftop solar panels.

According to the Arizona Renewable Energy Assessment, “Arizona is thought by many to have relatively limited opportunities for comparatively lower cost renewables, such as wind, biomass, geothermal and hydroelectric.” This leaves solar holding the greatest promise for Arizona’s future renewable energy growth.

Arizona is the sunniest state in the U.S. According to currentresults.com, Arizona has an average daytime sunshine of 85% and 193 clear days a year which translates to a colossal 3,806 annual hours of sun—making the state ideal for solar energy exploitation. Former governor, Janet Napolitano, stated that solar power in Arizona has the potential to make Arizona “the Persian Gulf of solar energy.”

Green Solar Technologies, a California-based solar installation company, is optimistic that solar energy will play a major role Arizona’s renewable energy future and recognizes Prop. 127 as a positive and important step toward achieving that goal.

How Prop. 127 Will Benefit Arizonans:

Prop. 127 would increase the number of jobs in Arizona. According to cleanhealthyaz.com, “Over the last five years, solar jobs have grown 9 times faster than the U.S. economy as a whole, but Arizona has actually lost solar jobs. The Clean Energy for a Healthy Arizona campaign is an opportunity to put sunny Arizona’s unique natural resources to work generating clean, renewable energy while creating thousands of good jobs.”

The International Renewable Energy Agency (IRENA)–which comprises more than 150 member countries–reports that since 2010 the cost of solar photovoltaic (PV) electricity has fallen by 73%. The organization also states that the cost of renewable energy is falling so fast that it should be a consistently cheaper source of electricity generation than traditional fossil fuels within just a few years. So, Prop. 127’s shift from fossil fuels consumption to solar energy promises to yield not only environmental benefits, but economic benefits as well.

A study using the same highly detailed modeling system used by the U.S. Environmental Protection Agency found that the clean energy ballot measure (Prop. 127) would lower Arizona families’ electric bills and reduce the costs of supplying Arizonans with electricity by more than $4 billion. In contrast, the costs of traditional sources of energy like nuclear continue to rise though their electric generating capacity is already below the capacity of solar.

Arizona has four counties—Maricopa, Pinal, Yuma, and Gila—that the American Lung Association gives an ‘F’ grade for air quality. And air pollution worsens suffering from asthma, a disease that afflicts one of every twelve Arizona children. Prop. 127 shifts Arizona’s focus to clean, renewable energy sources, which would cut dangerous air pollution and reduce suffering from diseases like asthma and lung disease.

The Prop. 127 ballot initiative offers hope to Green Solar Technologies for Arizona’s commitment to the future growth of renewable energy. Marketing Director of Green Solar Technologies, Jorge Ricalday, is encouraged by the efforts of those who favor Prop. 127, stating that “We need more forward-thinking like this in the U.S. Solar energy is proven to not only benefit the environment but benefit the population as a whole by producing cleaner, healthier air, and decreasing electricity costs in the process.”